A rolling stone gathers no moss, as the saying goes. But Samuel KISBY of Sutton Bridge, Lincolnshire, managed to gather two ...Mosses. It is a mystery which doesn't quite add up yet! 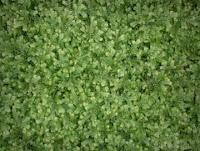 Samuel Kisby, a Corn Merchant's Clerk (who died at Sutton Bridge in 1890 aged 74) seems to have married two different women with the forenames Mary Moss.

Samuel's first marriage, to the aliteratively named Rebecca Beck, lasts for many years until she dies in Sutton Bridge in 1875. In 1877 a Samuel KISBEY marries a Mary Moss WOODRUFF, some distance away in Risely, Bedfordshire (it was common for the husband to go to the wife's parish to get married). Her age is given as "30". Unfortunately for all concerned, Mary Moss KISBY dies aged 32 and is buried at Sutton Bridge in January 1879.

Meanwhile, later in 1879 a Samuel KISBEY marries a Mary Moss SWANNELL, quite some distance away in Barnet, Hertfordshire. In the 1881 Census Mary Moss KISBEY aged 40, "Wife of a Merchant's Clerk" is recorded at the home of her mother, Catherine SWANNELL, in Northamptonshire. So clearly this Mary Moss KISBEY is not dead in the slightest and is an entirely different person to Samuel's second wife. Curiously, Mary Moss's place of birth is Pavenham, Bedfordshire, only 7 miles from Risely (location of Samuel's second marriage). Meanwhile Samuel is recorded separately (but 'Married') in Sutton.

The birth of Mary Moss SWANNELL is recorded in 1838, which tallies approximately with her age in 1881 (women allowed to be bashful about their age!). A Mary Moss KISBY dies aged 57 in the Birmingham area in 1897. There is no apparent record of a birth of Mary Moss WOODRUFF. To confuse matters, Samuel's mother is believed to be named Sarah WOODRUFF.

If Samuel was trailing across the country following a merchant on his business, it would explain his varying locations. But is there another connection between his two wives or did Sam spend 1879 trailing across England trying to find a third wife with the exact same name as his young deceased sweetheart?!! Why did they marry in Barnet? Something to hide? Conspiracy theorists may think that the second Mary Moss, upset that she had been courted only because of her name (not her looks or personality) left Sam and returned to Mother. It makes a good story worthy of a romantic novel!